*Barium Live is now known as Process Automation and the BPMN Modeler 2.0 is now called Process Studio.
We are in the process of updating the Help Center, some articles will reflect the new name and some will retain the old while we update them.
Home Manage process apps Replace User Feature

This is helpful if a user terminates their employment, is temporarily unavailable, or if there have been organizational changes.

You find the Replace user functionality in the panel to your right under Application configuration. 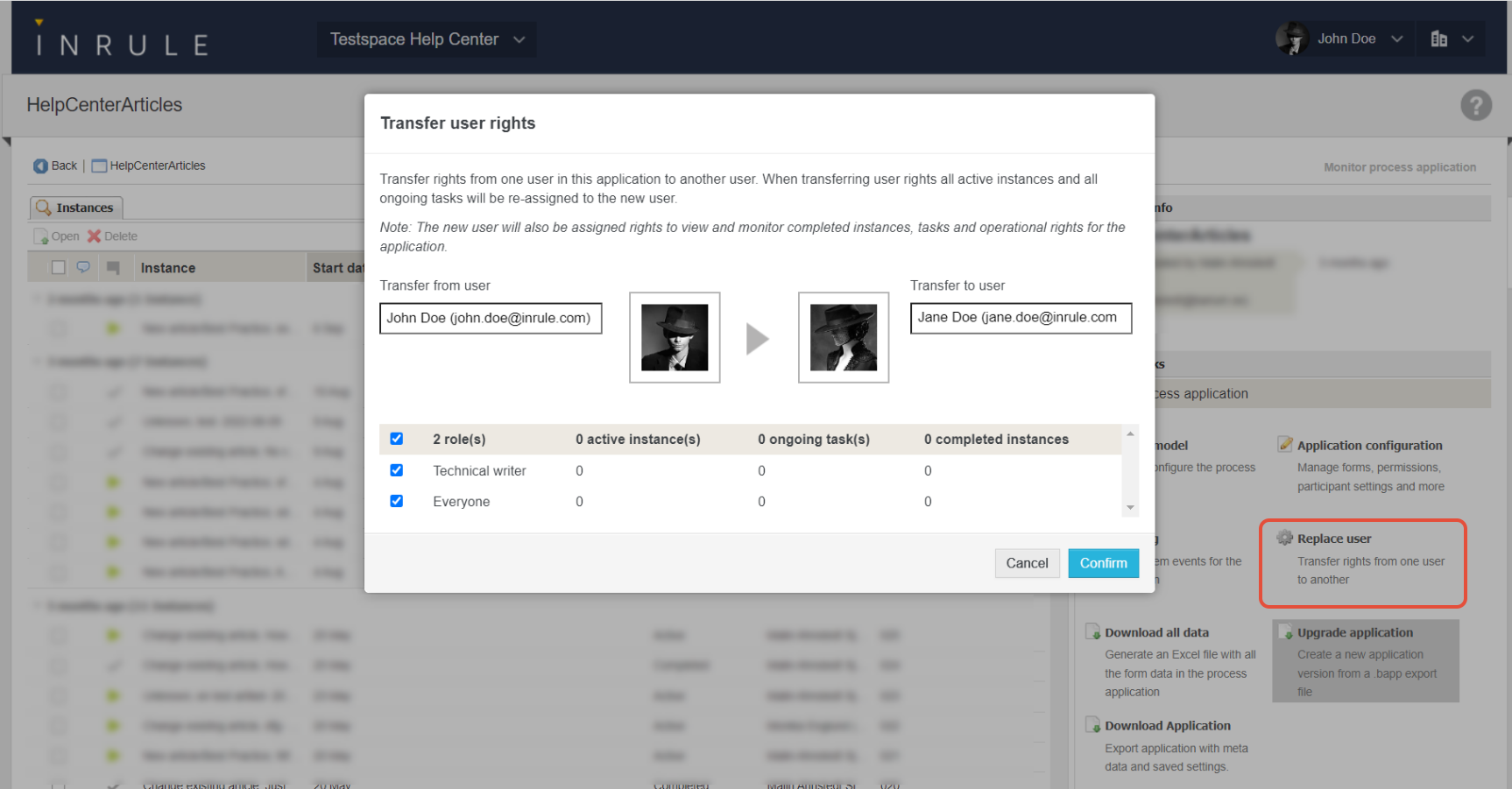 In order to make these changes function correctly, the administrator must complete a final step to ensure that the new user's permissions will also receive permissions for instances created in the future. Depending on how the roles were configured when the process was deployed, there are two ways to do this which will be explained below:

If the role was configured with groups:

In the example below we have two roles: Manager and Hr Managers. These roles are configured with two groups: Managers and HR Managers. 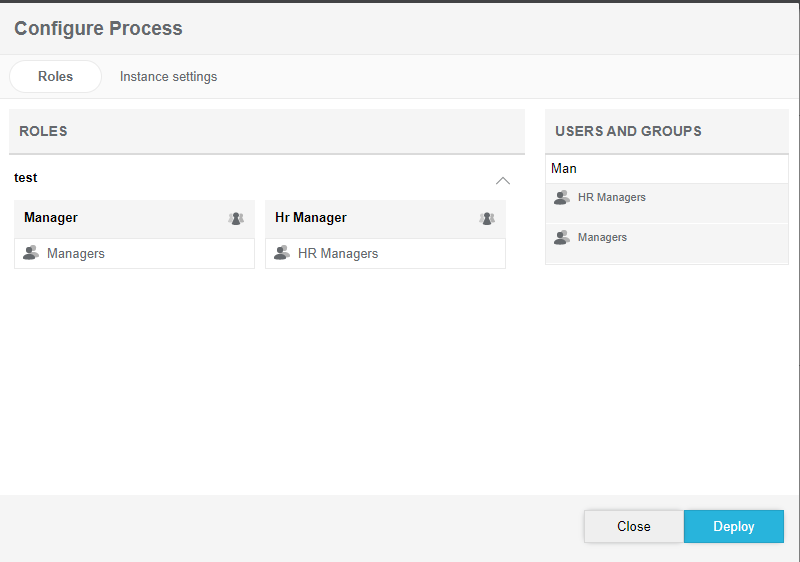 If the role was configured with a single user: 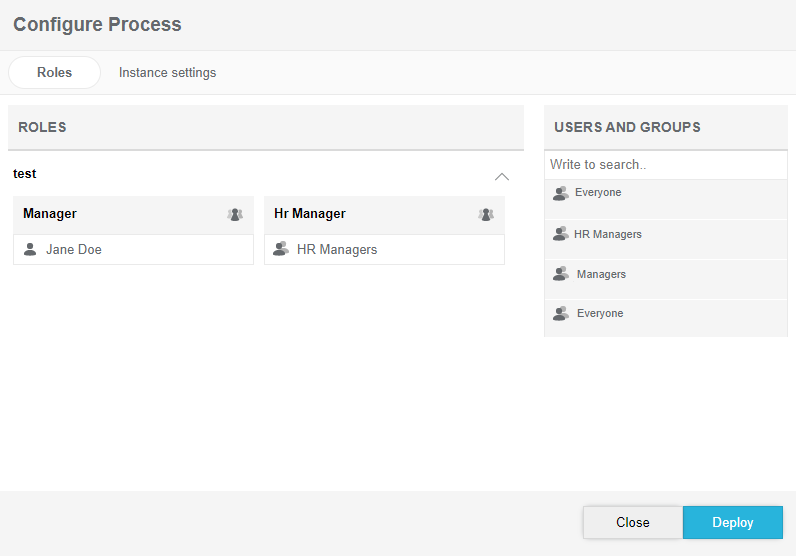 This image shows the initial role configuration where the old user, Jane Doe, is configured in the role of Manager 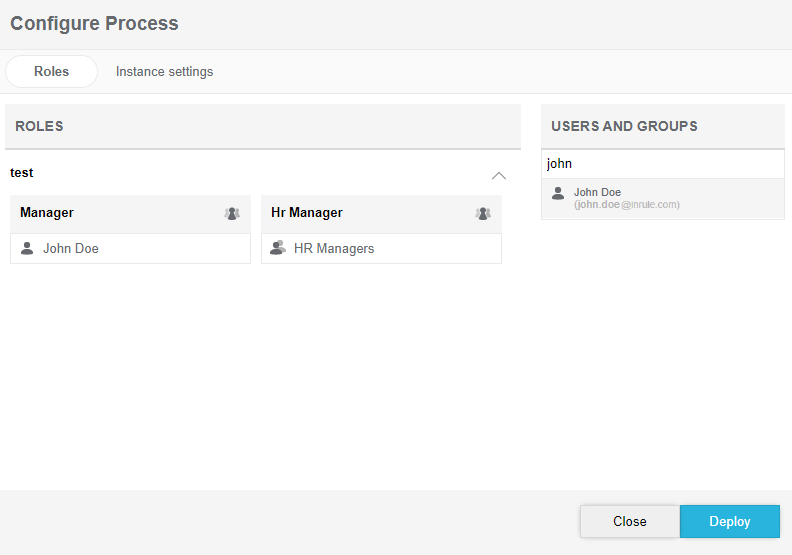 This image shows the updated role configuration where we transferred the role of the Manager to the new user, John Doe.