*Barium Live is now known as Process Automation and the BPMN Modeler 2.0 is now called Process Studio.
We are in the process of updating the Help Center, some articles will reflect the new name and some will retain the old while we update them.
Home Modeling elements Assign Roles

If you want to specify performers per instance you can use Assign Roles. This function forces the performer of a specified task to assign one or more roles for the coming tasks.

The function is set on either a sequence flow that is connected from a User Task or on the task itself.

How to use Assign Roles

Assign roles on a sequence flow 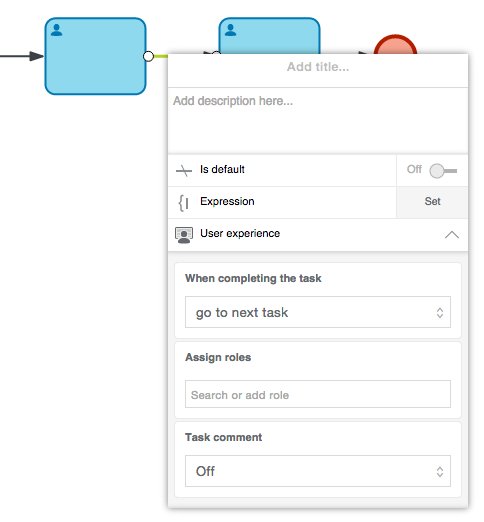 Assign roles on a task 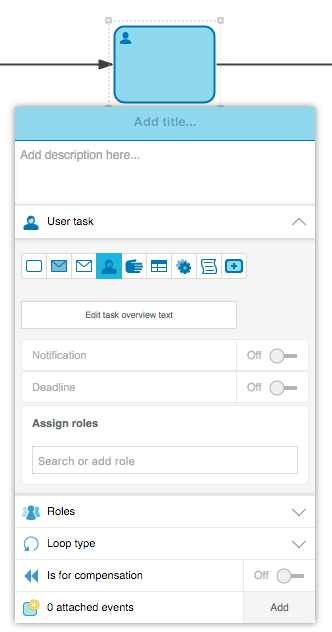 NOTE: Tasks with the Assign role setting can't be completed from lists.

How to complete the assign role task

When the performer, of the task before the sequence flow with the Assign role function set, completes the task he/she will get a question to assign the specific role to one or more performers before completing the task.

This can be done both in the task view or when completing tasks in lists. 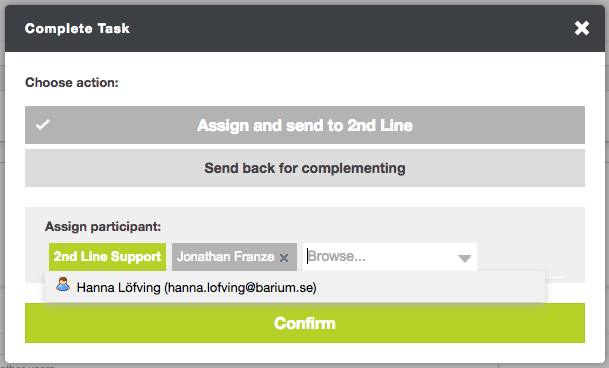 If the assign role function is set on a task, a section is shown at the bottom of the Task view when performing the task.

NOTE: This can only be done from the Task view.

When to use Assign Roles

Assign roles can be used when you per instance want to set the performer in a role. This is helpful in many scenarios, for instance if you have a process which contains a dispatcher role who are supposed to delegate cases to different handling officers. Another example is if you have a Project process where you want to assign the project team for each specific project.

Use Assign Roles together with Role Mapper to filter the possible performers depending on a chosen value in a form field.

Use Assign Roles on sequence flows when you have multiple flows out from a task (or connected gateway) and where you only want to assign roles for the one sequence the task decides to follow.

Use Assign Roles on Tasks when you only has one sequence flow out from the task and you want the user to make the assignment directly in the task overview.