*Barium Live is now known as Process Automation and the BPMN Modeler 2.0 is now called Process Studio.
We are in the process of updating the Help Center, some articles will reflect the new name and some will retain the old while we update them.
Home About the modeling tool - Process Studio Version Control

All versions of your process; including drafts, published, and deployed states are saved in version control.

This makes it possible for users to go back to a previous state and create new drafts and publications based on them.

In the version control, the deployed version is indicated with a green circle, published versions with dark grey, and drafts with orange.

How to create a new draft

A new draft can only be created from an earlier published or deployed version.

All your changes are now to be saved to this draft as long as you have the draft selected. 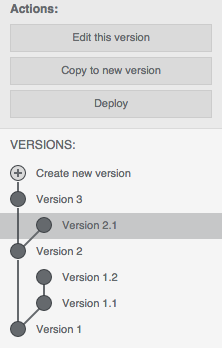 How to publish a new version

A new version can only be published from a draft, the published version of the model can then be deployed and used for execution.

2. Make sure you have selected the draft you wish to publish, then press Publish. A newly published version is saved.

If the process is not validated correctly an indication of whether you want to proceed is shown, a model can be published without correct validation but not deployed. 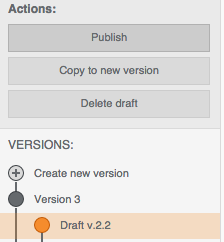 Edit a draft or published version 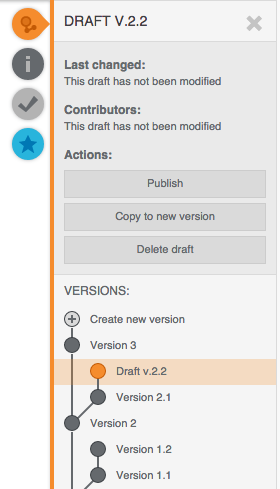 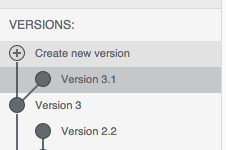 How to delete a draft

1. Select the draft you wish to delete and press Delete draft

2. A confirmation message is shown asking you to confirm by pressing the button an additional time 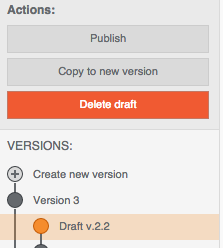 Use the Copy to new version feature to reuse a process model if you would like to make a new, but a similar process. This way you will not need to remodel the entire process from the beginning.

1. Select which version of the process you want to use and click on Copy to a new version 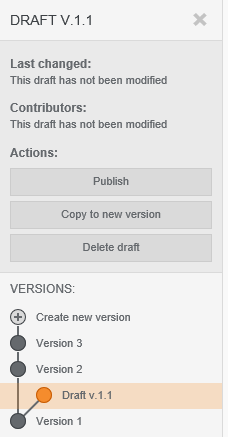 2. A new major draft version will be created based on the version/draft you selected 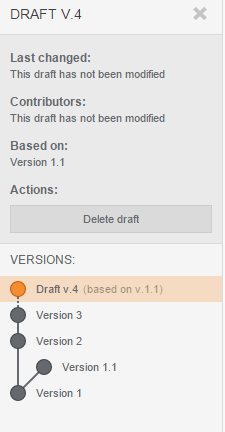